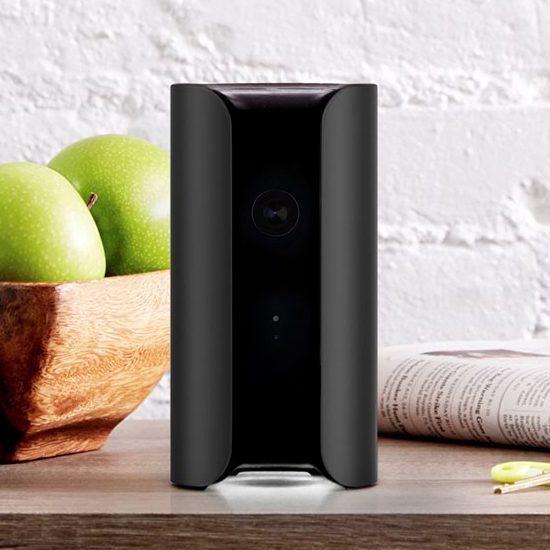 Each one of us treats our home as their sanctuary, the one place in the world where they feel safe and secure. Our Castle, Palace, Safe house from the rest of the world. The place we can store all our many prized possessions; toys, photographs, jewels, mattresses filed with cash etc. However, the sad truth;

There are the obvious options of alarm deployments through companies such as ADT, Yale and other 3rd parties, which are always recommended as deterrents. However, how many times have you passed a home where their alarms are ringing and continue on your way. I know I have. These systems unless connected to response services, don’t assist with catching the criminal and minimize this from happening again. Victim Support Survey, discovered 1 in 4 victims have had their house broken into more than once; sad but true.

Here is where Canary comes in.

Launched in 2013 following an impressive crowdfunding campaign on Indiegogo, it pre-sold 10,000 units in 78 countries across the globe, proving the world was ready for this change to home security and monitoring!

AS shown this device relatively small, no larger than your average home air freshener, and to the untrained eye, doesn’t look to dissimilar either.

What do I need to get these working?

Its pretty simple really, with the introduction of Canary’s new firmware configuration can be completed either via the supplied analog yellow jack cable or via Bluetooth. The later requires the user to press and hold their finger on the top of the device for 3-5 seconds until the ring at the bottom of the device glows “Blue”.

Via the provided iOS or Android applications, available via the Apple AppStore and Google Play Store alike, the canary can be connected to your local network.

Connectivity via Ethernet or WiFi, although the later requires connectivity to a 2.4Ghz network.

Are there monthly costs?

Over and above the inclusive but basic free membership that essentially allows you to run live view and get status alerts from the unit. To get the most our of it, users are recommended to take out the minimum £7.99 a month security membership for a single installation.

This provides the following;

*Additional £4.99 per month is charged per additional device added.

Is the device always active and constantly recording?

In short, yes. through the available mobile applications and web portal users are able to configure the canary to function in different ways dependent on the users location and time of day.

The Canary infrastructure is location aware, therefore users are able to tell the Canary when they have left or arrived at home in order to inform the security units to switch modes, from Home, Away, Night or even Private. Something we have found to be invaluable in the evenings for those units that are deployed into bedrooms across the home.

Do I need to active it when I leave my home? 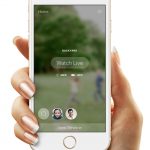 Halifax found 34% of householders fitted with alarms to their homes rarely activated them and as mentioned previously a further 33% also said that they assume sounding burglar alarms in their neighborhood were false.

Canary is smart, as with location awareness, the system automatically arms and disarms it self as long as the mobile application is deployed to your device and that device leaves your home and thus wireless network.

Assuming the device is in Away mode, alerts are then actively sent to the users home depending on changes in movement, light, temperature and humidity.

Where are recordings and statistics stored?

The simplicity of the Canary system takes away the worry instilled by traditional home security camera systems. Videos recorded are held within the cloud, where they can be held for up to 30 days before being overwritten. Perfect, assuming you have internet connectivity at all times.

Through the mobile application, users are able to simply bookmark, tag and download videos so they may be shared with local authorities. In the age of social media, we have seen users uploaded to facebook and twitter doing everything to stop criminals from targeting their next innocent victim.

Can I watch the cameras live?

Assuming the device is not set to private, live view is a simple as opening the app and a click of a single button. Swiping left or right on the screen allows you view other devices active on the screen.

How loud is the alarm?

90 decibels is loud enough to give you intruder a bit of a scare and in most cases get them to quickly leave the building thus minimizing the amount of financial damage they instill on their victims.

That being said, the canary system doesn’t automatically kick off the alarm as with traditional systems. Alerts are sent to the users device on activation of movement or increased sound. This allows the user to either alert the authorities and continue recording, or activate the alarm also.

What happens if my internet connection is dropped or cut off?

Given Canary’s system is entirely reliant on the internet any momentary loss of connectivity will cause the system to the both unavailable for live view but also any recordings. This is obviously one of the biggest flaws of the unit, however for piece of mind, simplicity and the minimal cost and setup, the risk vs. cost is somewhat outwayed.

We hope with a bit of time 3G or 4G powered units would be welcomed along with units with battery backup should intruders turn off all the power to the home. That said with the number of burglaries being undertaken by opportunistic rather than professional the risk of this occurring may be minimal.

Can it connect to Amazon’s Echo?

At present no. We would love to see some sort of integration as the Echo Show becomes more main stream, however until this is launched across the UK and US features are somewhat hearsay. Watch this space for a review once these units land on our shores.

Can you integrate it into Nest or other smart devices?

As with Alexa connectivity, integration with Nest and other smart devices are not yet possible. It would however be great to see integration coming soon as more and more users and homes start to deploy smart thermostats in particular. With monitoring of temperature and humidity in rooms via the canary, we would love to see automatic thermostatic control.

Where can I get one from?

Most retailers across the UK and online have started to stock the Canary suite of security devices, including the new Flex (review to come soon). These include, Maplin, Amazon, Currys and John Lewis to names but a few.

If you require any more information please do not hesitate to contact us.

Infographics say that 57% of burglaries occur when someone is at home and it is said Urban homes are twice more likely to be victims of burglary than our rural counterparts. That being said, the Canary is a relatively cost effective and effcient soluton to aid in restoring faith and trust back into our safe houses. With any new devices to the market in the smart world, these are always evolving so expect improvements and new features regularly.