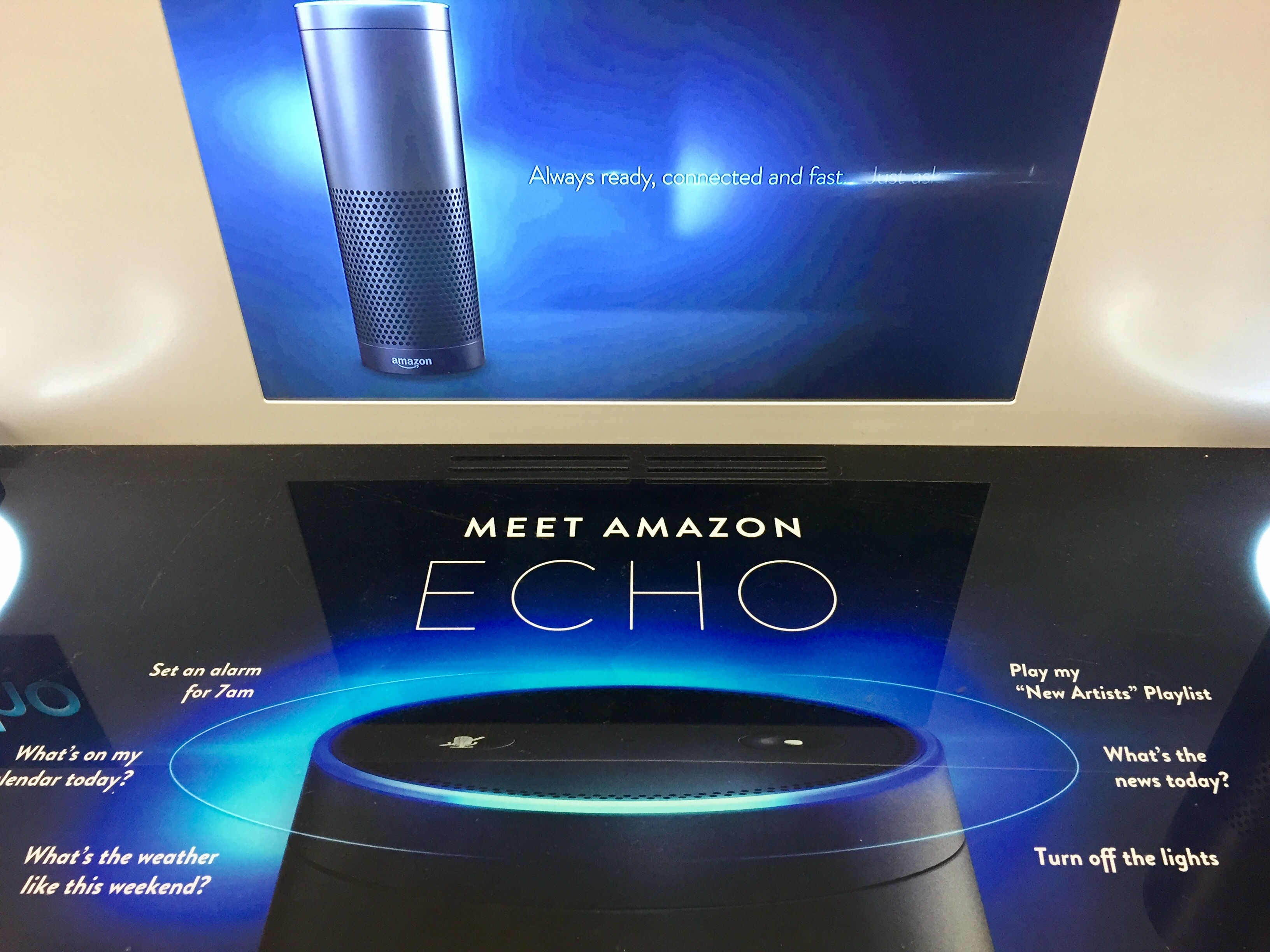 Amazon’s Echo range has been available for wide spread purchase across the US since early 2016, however in the UK, Amazon has held out. Launched in November 2016, and having been on the pre-order list for some time, this was one of the most exciting additions to our already technology ready home. Excited for what was to come would be something of an understatement.

For the average user, who know their way around their iOS or Android device; setup of both Amazon’s Echo and Echo dot systems were somewhat of a walk in the park. Instructions were clear with feedback of status being provided by the cylindrical unit and puck at almost every step of the way. Within the best part of 5 mins we were pretty much ready to rock and roll.

Amazon to date provides a number of tips and tricks regarding the use of the echo to make your average day to day tasks little easier; control lights and heating, check the weather, time, news updates and a number of 3rd party apps; known as ‘Skills’.

6 months past the initial excitement of this new gadget, has it really lived up to the hype? Does it really work? Does it add value to our day to day lives. In short, Yes!

Following bombarding Amazon’s AI; thats artificial intelligence for those new to the tech world, and the initially repetitive nature of the commands and increased stress in our voices to ensure we are heard and understood. It seems Alexa is as smart as she has been made out to be. Alexa has the ability to learn, thus becoming accustom to our voices and accents, resulting in the desired result; Voice Controlled Success! It is important however to understand that Alexa is constantly listening, and with the multi-directional microphones very sensitive to low volumes. Data is collected at all times and processed to support this all important feature, but for those in worry of this big brother approach and data being shared with others; Amazon assures us, it is not.

Many have asked us what we actually use it for, and how this will help them. It is sometimes difficult to apply a consistent formula to all houses and lifestyles as it can sometimes depend on other investments you may have made in your home. Philips Hue, Google Nest and Samsung’s Smarthub integration are some of these, providing smart lighting, temperature control and with the Smarthub control of virtually any plug in your home. Perfect for fan or dehumidifier control. In the UK with lack of Air Conditioning this is something which becomes quite priceless. That being said, all of this comes at a cost; in a time of economic downturn do you really need this; probably not. Do you want one? Most definitely!

With more and more devices being purchased across the US/UK and the increased number of vendors that are on-boarding the Amazon Alexa technology into their devices such as Lenovo and Onkyo the investment into this platform seems promising.  Feature sets and upgrades are in constant free flow at present, which means that initial excitement of this new gadget continues. The Echo hasn’t yet just turned into a device, which plays my Spotify playlist, turns the lights on and off and wakes me up in the morning. Alexa has become part of our lives; dare I say it part of the family!

With all families some members can become problematic and need a little tuition to get them to do things the way we like. This can sometimes be said for the Echo family, including issues connectivity to some wireless networks, choppy Bluetooth connectivity and the inability to listen in noisey areas. Nothing which can’t be avoided but does mean some adjustment needs to be made of some of the infrastructure we rely on day to day including routers, sound docks and our kids. Please see our Tips & Tricks section for more information.